I've recently received word from Taylor & Frances Online that a book review I wrote was published in the Journal of Religious and Theological Information. I am not a traditional or typical theologian or anything, but as one who studies rhetoric and is pursuing a PhD in Rhetoric and Scientific and Technical Communication, I thought it would be appropriate to review a book called The Rhetoric of American Civil Religion.

According to Taylor & Frances Online, the first 50 people to click on this link can access the article: http://www.tandfonline.com/eprint/9jIhcGg8jKujBXVQ6nww/full.

I'd be interested in hearing your thoughts. So check it out, send me a message, and have a great day.
at May 19, 2017 No comments:

How do people become writers over time, and how writing is situated within identity construction? In this case study, Compton-Lily follows Peter, an emerging African American writer from a low-income community from first-grade to high school. Compton-Lilly collected data from interviews, field notes, and writing samples while Peter was in 1st grade, 5th grade, 8th grade, and 11th grade. She then coded data from each data collection, identifying salient categories of information, and then coding data from the first and third collections into grounded categories organized by contrastive analysis. As Compton-Lilly considered the patterns, she was led to Bordieu’s notion of habitus, which emphasizes the identity dispositions people create over periods of time, and from which she develops the concept of a writing habitus. She found that Peter’s writing habitus consisted of four developed dispositions: meeting school expectations for reading and writing, being a good student, forming friendships and affiliations that involved reading and writing practices, and future goals that related to writing. Becoming a writer cannot just be about learning thesis statements or grammar, but is also related to dispositions which focus on individual purpose and social belonging. Social affiliation should be fostered inside the classroom and promoted outside the classroom.

At the beginning of this short book, Ginzburg says that he wants to know what history, rhetoric, and proof have in common. He says that history and rhetoric obviously have something in common, but what about proof? That seems to be the unlikely term. Yet, Ginzburg demonstrates that proof used to have something to do with both rhetoric and history—it was central—and that fact reveals the methodology of historians. Rhetoric is therefore naturally the term between history and proof.

One example of this appears in Chapter 1, when Ginzburg states that Aristotle’s Poetics and the Rhetoric reveal how history, proof, and rhetoric were closely connected with one another.

Introduction
1. Aristotle and History, Once More
2. Lorenzo Valla on the “Donation of Constantine”
3. AlienVoices: The Dialog Element in Early Modern Jesuit Historiography
4. Reflections on a Blank

The New Colossus, A Poem on the Statue of Liberty

The New Colossus
By Emma Lazarus, circa 1880

(A part of this poem is inscribed on a plaque at the base of the Statue of Liberty:)

Not like the brazen giant of Greek fame,
With conquering limbs astride from land to land;
Here at our sea-washed, sunset gates shall stand
A mighty woman with a torch, whose flame
Is the imprisoned lightning, and her name
Mother of Exiles. From her beacon-hand
Glows world-wide welcome; her mild eyes command
The air-bridged harbor that twin cities frame.
"Keep ancient lands, your storied pomp!" cries she
With silent lips. "Give me your tired, your poor,
Your huddled masses yearning to breathe free,
The wretched refuse of your teeming shore.
Send these, the homeless, tempest-tost to me,
I lift my lamp beside the golden door!"

Thinking about Rhetoric while Shopping at the Grocery Store: Food or Plastic?

Last Saturday when I was doing some grocery shopping, I saw something that I had never seen before. Here's a picture of 2 different kinds: 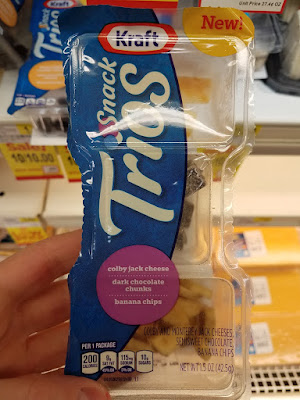 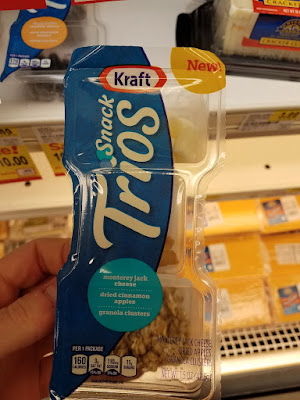 Apparently somebody thought that this is something that would sell. Not just "somebody," but an entire group of people believed that a number of other people would want to pay money for it.

The product is basically a small container that has 3 compartments containing a variety of fruit, cheese, and some other kind of snack. These were normally $1.89 but the price had been marked down to $1.00.

Each product has around 1.5 ounces of food--and some of that weight of course consists of the plastic that it takes to make the 3 containers of food. I picked one up and wondered if the people who purchased this would be buying about equal amounts of plastic and food, but it was of course hard to tell. Iron could have been added to the granola to further increase the product's weight, but I didn't look, and I don't remember.

Whatever happened, the food would be eaten, and the plastic would be thrown away.

The product is for people who want a quick snack and who are trying to eat a certain type of diet, but it's also for those who may not think much about the amount of post-consumer waste to which they are contributing. I am curious about the circumstances that provide the possibility of this product's existence in the first place. I mean, for the same price, I could buy an entire apple and a whole chocolate bar--so why would I instead settle for a plastic container with tiny bits of dried apples and little chunks of chocolate? Maybe I would do it for the convenience. Maybe I would do it because of the appearance of variety and efficiency. But if I considered the act of purchasing and all its rhetorical implications, I don't think I would be persuaded to put the product in my shopping cart. I wasn't.
at January 16, 2017 No comments:

I've recently received word from Taylor & Frances Online that a book review I wrote was published in the Journal of Religious and Th...